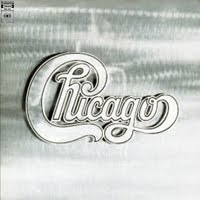 The Chicago Transit Authority recorded this double-barreled follow-up to their eponymously titled 1969 debut effort. The contents of Chicago II (1970) underscore the solid foundation of complex jazz changes with heavy electric rock & roll that the band so brazenly forged on the first set. The septet also continued its ability to blend the seemingly divergent musical styles into some of the best and most effective pop music of the era. One thing that had changed was the band's name, which was shortened to simply Chicago to avoid any potential litigious situations from the city of Chicago's transportation department -- which claimed the name as proprietary property. Musically, James Pankow (trombone) was about to further cross-pollinate the band's sound with the multifaceted six-song "Ballet for a Girl in Buchannon." The classically inspired suite also garnered the band two of its most beloved hits -- the upbeat pop opener "Make Me Smile" as well as the achingly poignant "Color My World" -- both of which remained at the center of the group's live sets. Chicago had certainly not abandoned its active pursuit of blending high-octane electric rockers such as "25 or 6 to 4" to the progressive jazz inflections heard in the breezy syncopation of "The Road." Adding further depth of field is the darker "Poem for the People" as well as the politically charged five-song set titled "It Better End Soon." These selections feature the band driving home its formidable musicality and uncanny ability to coalesce styles telepathically and at a moment's notice. The contributions of Terry Kath (guitar/vocals) stand out as he unleashes some of his most pungent and sinuous leads, which contrast with the tight brass and woodwind trio of Lee Loughnane (trumpet/vocals), Walter Parazaider (woodwinds/vocals), and the aforementioned Pankow. Peter Cetera (bass/vocals) also marks his songwriting debut -- on the final cut of both the suite and the album -- with "Where Do We Go from Here." It bookends both with at the very least the anticipation and projection of a positive and optimistic future.

Posted by drewzepmeister at 9:32 PM

While I've long thought the material on this album was easily their best, I still consider their debut to be a better album.

I attribute this to the production. Almost every single version of this album I've ever owned (Columbia Cassette, Chicago Records CD, and Rhino Records CD re-release) has sounded "muddy." I'm not sure why, but that "muddy" sound has diminished my enjoyment of this otherwise great album over the years. Then about 5-10 years ago someone posted an mp3 rip of the album from the Quadrophonic release and I was blown away. The muddiness was gone. The album sounded absolutely brilliant. If you ever happen to stumble across the Quadrophonic version of this (or any of their albums) on vinyl snatch them up!!!! You won't be disappointed.

What's the Blog About?

This blog is a documentation of my music collection from A to Z.